My articles on the paranormal, magic, lore and urban legends have been continuously published since 2009. First with Paganpages.org from 2009 - 2014, then with Paranormal Underground Magazine since Fall 2014. I was a contributing author to the book Asylum of the Ancient Ones with the H.P Lovecraft Lunatic Asylum which was released April 2016. In December 2016 my first book Love Letters Destroyed, a collection of my poetry, was released. This book went on to win the 2017 Summer Indie book award for poetry through Metamorph Publishing. I have also been featured in the book California's Best Emerging Poets which was released by Z Publishing in August 2017. My Second book, On a Ghostly Winter's Night, a collection of my previously mentioned articles, was released Sept 2017. Recently, in Feb 2018, my first short story "I've Written You a Letter" was featured in the Women in Horror issue of Sirens Call Ezine. Aside from these publications I have done some work as a correspondent for Paranormal Underground Radio and in June 2018 received my Diploma in Applied Paranormal research through the CPD accredited course with HD Paranormal. You can click on the "work" tab to access all of my projects.

Born and raised in Southern California, I've been a Writer, Poet, Paranormal Researcher and Occultist since 1995. My poetry is meant to expose all of the dark emotions we sometimes shy away from. I believe art heals and provides a healthy way to express yourself, it helps to know you're not alone in your thoughts. My deep interest in the paranormal stems from growing up in a haunted home, I needed to learn as much as I could. With my research and articles, I have a passion for writing about topics that are considered taboo or are generally misunderstood in hopes to educate the general public. If it is considered 'dark" or "bizarre" my interest is immediately sparked. My goal is to bring the dark to light. I have written about the paranormal, occult, superstition, lore and urban legends since 2009. These pieces range from simple candle magick, binding spells, the history of Halloween, Victorian mourning and on to Necromancy and blood magick. The main thing I stress is the dangers of certain practices, I strongly believe education is key. 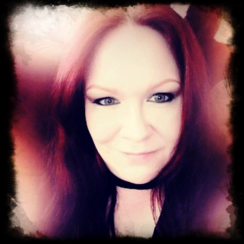